Welcome to the page regarding the cheats of Observer: System Redux. We show you all the things we found. Our site is completely dedicated to cheats and walkthroughs of videogames.

If you have found new secrets or codes and want to share them, do not hesitate! We are always happy to be able to improve our contents and to make it available to everyone

Bloober Team has rebuilt its award-winning cyberpunk thriller, Observer, with augmented visuals, gameplay, and story as Observer: System Redux for next-generation consoles. Considered one of the scariest games currently available, and one the best cyberpunk games coming to next-generation consoles, System Redux is the definitive vision of this horror tale, coming for the 2020 holiday season The unique blend of cyberpunk and horror in System Redux features Rutger Hauer in one of his last voice-acting roles (Dan Lazarski/Observer) and the team views the title as a tribute to the late film star. The game also stars Polish musician and actor Arkadiusz Jakubik as Janus Jukowski, a veteran struggling with early model cybernetics. While System Redux is a remaster of the original Observer, it features some completely new, never-seen-before story.

After this introduction on the game, here are the cheats we have promised you.

Ouch. There is no trick yet unfortunately :( If you need it, contact us and we will do our best, otherwise simply wait: as soon as we are aware of the existence of cheats for Observer: System Redux we will publish them immediately. 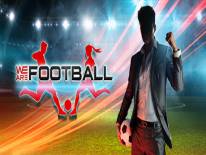 We Are Football: Cheats and cheat codes 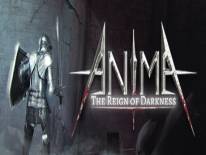 Anima: The Reign of Darknes: Cheats and cheat codes