The Universim: a simulation of life in the interplanetary

A game that combines and improves the concepts of many games... or a flop?

The Universim: a simulation of life in the interplanetary 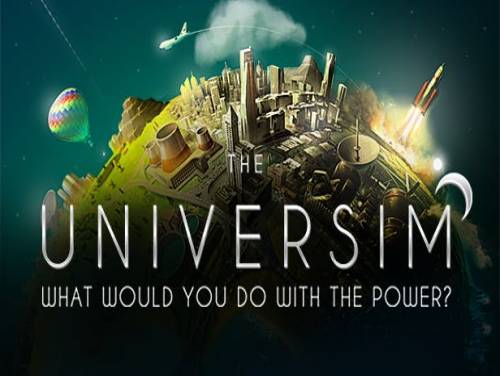 The Idea of the Game

Before starting we want to be honest: we don't have a lot of material available. The game has us intrigued right from the start but we were not able to access the Demo on Steam, although on the official website is still warning of the Demo available. OK. In reality, also the materials available in this network is low, then we have difficulty to express a technical opinion on the game.

The idea behind the game we really like: The Universim is a game that combines in itself the key concepts taken from other games in the past: the simulation of life and the building of cities from Sim City, exploration, and space colonization from Spores (which, remember, is a game that brought together a number of concepts of the past games), the departure from the stone age that are very reminiscent of Civilization and Empire Earth , and especially the angle of the earth's sphere that was created for the first time by the developers of the now Abandongame Populous 3

Well, if you think about it from Populous 3, this game takes many elements, including the concept of the game and the plot. Say the developers:

YOU WANT TO BE A GOD?

Your time is coming. Guide a civilization from the nascent through the obstacles of life. From humble origins, watch how the evolve and advance through the centuries under your wing. Influence their decisions and punish the infidels with a wide range of skill divine. Interact with objects, creates disasters, and launching into orbit creatures inconsistent. This is your world and nothing can stop you from having fun.

... that is, in practice, a good 50% of the concept of the game Populous 3, which is a game where you are a God, and evolve your civilization, casting spells and punishments to those who disobey, or just for fun. Just missing the civilizations of the enemy against which to collide and we are at the place. Well, thinking about it, why not implement it?

The idea it seems is not liked only to us. In fact, this project has been funded on Kickstarter in 2015, managed to collect a total of about 320.000$ and placing it between projects gaming the most funded. A lot of money data equivangono also a lot of expectations. The comments of the users who have tested the game are not very pleased with: bugs, TO of the population stupid, and often counterproductive, the miners who ignore the mines, loggers ignore the trees, and so on.

The game comes out on the 28th of August 2018 Game Mode in Advance. This is a cause of additional frustration for the users who have funded the game on Kickstarter. At a distance of 3 years from the Kickstart, and with a mole so high and the funds, would have expected something more complete. The early access means that, although they may immediately try the game, will have to spend a lot of time before you can see complete and playable fully.

The simulation that everyone has been waiting for, or a flop?

Beyond the expectations of the Kickstarters, resume, and try to blend and improve the concepts of the past games is always appreciated, but it can also be a boomerang. If these concepts are not fully developed and really improved, the game runs the risk of becoming noisoso and a little intriguing, because the player is also repeated something that has already had the opportunity to try in the past. We'll see if the game will meet expectations, or if it will be another waste of the money given to the projects Kickstarter inconclusive.

Check All the news regarding The Universim currently inside our archive of videogames news. 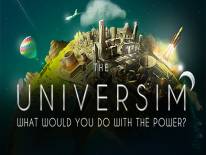 The Universim: Cheats and cheat codes

All the news regarding The Universim

The Universim: a simulation of life in the interplanetary
A game that combines and improves the concepts of many games... or a flop?